How to stop building like a sissy. Yes, I’m talking to you!

All too often I talk to people that are broke and struggling and yet they have all these rules about how they want to build their business and approach people.

They don’t like doing this or don’t want to do that, or they prefer to do it different way because it’s “more them” and what they feel comfortable doing.

They are afraid to be too aggressive or pushy or they don’t want to go to meetings, or hop on webinars, or invest in trainings.

They say they want success, but their rules dictate that they only want it if it can be achieved and delivered to them in their perfect ideal way.

Success is like gravity, it doesn’t play by your rules you play its. Success requires sacrifice and what you feel like giving isn’t usually enough.

I’ve had 2 great coaching calls with people who I helped to have tremendous breakthroughs this week who gave me similar stories about how they were building… which was pretty conservatively, politely, and weakly.

My last one was someone who was a year away from their retirement date yet they don’t think they’re gonna be able to take it cause there pension won’t be enough to pay the bills.

Also if they don’t sell their house they won’t be able to retire. Making some serious extra money by next year is literally their only way out.

My locker room coaching speech to them went like this…

“You’re way too broke to be building your business like some prima donna with all these rules and worried about offending people and what they might think.

The broker you are the less rules you get to have.

A homeless man has very few rules about the type of food he eats.

It has to not be moldy, or it can be moldy, but the mold has to be able to be brushed off. That’s about it. 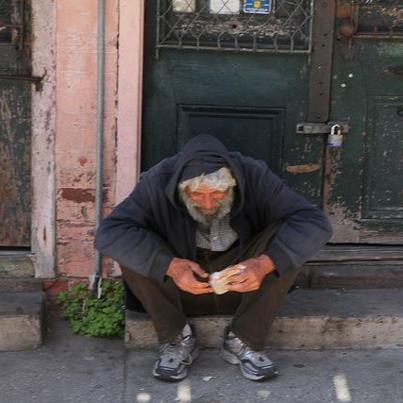 It doesn’t matter where the food comes from or how he gets it. He’s in survival mode and so are you!

He doesn’t care what other people think and neither should you.

He doesn’t care about looking good to strangers or offending people when he approaches them asking for money or food. He’s trying to eat and so are you!

It’s eat or die! Being picky is not an option.

You need to recognize you’re in that same position. You need to get dirty and build like you’re in survival mode because you are.

You need to work like a homeless man would work for a sandwich! You don’t get to have rules until you’re making money.

Until then recognize the reality and severity of your situation and what will happen if you don’t step up and get aggressive and learn how to push!…

Push yourself, push others, and push away your ridiculous rules cause they’re in your way.

Don’t tell me what you won’t do, start telling me what you will do and the answer needs to be whatever it takes!“

I then proceeded to re-arrange their entire approach script followup script and sales process. In 20 minutes I re-worked everything about how they do business.

If you’re not where you want to be stop building like a sissy dump your rules, and get both smart and aggressive.

If you’re in survival mode don’t fake yourself out, play to win and stop giving a crap about what people think do whatever it takes for as long as it takes, no excuses!!