No Excuses! The Ultimate No Excuses Testimonial! -B10xB in Business

No Excuses Folks!  From http://www.B10xB.com comes the Ultimate Testimonial for “Being 10 Times Bolder” in Business!

For those of you that think it takes money to make money, this College Sophomore’s Testimonial may have you thinking different.

Share this video with anyone who you think needs to consider turning their “excuses” into reasons and their reasons into fuel for their fire.

This is the strongest testimonial ever! This college kid was def living in the “10 Times Bolder Zone” when he started his business with only .53 in his bank account!

Talk about leveraging the banking system and its’ rules!

There are No Excuses in My World!

I’ve often explained to folks that I have a no excuses attitude toward life, and I do! I live by it, I teach it, and therefore I coach everyone with this same principle.

This was no exception for Tre, as you can see in this video. He was absolutely convinced that NOT having money was his issue.

The only thing he knew is that it didn’t matter if he would get the training and learn the ropes, then there could be no excuses!

Do you have them? Do you have only 53 cents in your account and you are saying, “No way!”

What about the college student that you just saw on video that took action rather than living with that 53 cents and he turned it into $181?

What can you say to that? Because he did take the risk, and he did the work, he now earns income on regular basis, and a cash machine he has created for life. How did he do it? He decided, then took action. 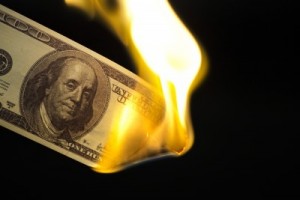 No Excuses Makes a Man Healthy, Wealthy, and Wise

Out of all of the stories I have of new folks coming on board, I truly love this one. I

had other folks that were to come forward and share their testimonials, and although you didn’t see them those folks are on my team and they are building their own teams.

They make no excuses and do the work, do the prospecting, all because they wanted:

Isn’t that what it’s all about folks? What about the Real Estate agent in the crowd that was busting her tail for a business that asks hours upon hours of work for little in return?

You may be feeling the same way, but the beauty is that you don’t have to! Just be bolder, and with all things in life make no excuses.

Have you ever wondered what it would be like to have a home based business when you were in college so you didn’t have to take out loans that you felt in your heart you could never repay?

Tre felt that way, but look at the choices he made, and the benefit he got from it.

He was bold, he took a risk, and the others in that same room with me know as I pointed out with that book; there are tons of folks that have made the decision, done the work, and made no excuses and now have the time freedom and income that they desire without feeling like they are wearing a noose around their neck.

What does it take? No excuses folks!