In this video you will learn a new style of cold market prospecting that I’ve coined and now call “Headhunting”.

Headhunting is a very fast and direct style of how to prospect in which you pull no punches, play no games, and expose your prospect as if you were a corporate headhunter or recruiter.

This is an advanced training and not suitable for everyone. This video on how to prospect is MIND BLOWING!

How to Prospect in Confidence!

While many want to lean toward making retail sales when they join a company, part of building your business is learning how to prospect, or what I call “headhunting”.

So, how do you learn how to prospect? I’ve come to know it as a “no BS” way to get right down to business and ask the right leading questions with confidence.

This doesn’t happen by bombarding them with your product, but asking them if they have considered keeping their options open to make more money.

We often fail in prospecting simply because we think way too much about the sharing part, and we make ourselves a wreck before we ever start talking about it!

We are the ones that ruin the opportunity!

It’s really just about being direct rather than leading people to believe that we are grooming them to ask them a question and draw them into something.

Developing relationships shouldn’t be like work and it shouldn’t be a pressure cooker experience for either you or the person you are talking to!

People aren’t looking at the car you drive, the clothes you wear or any other superficial things that WE tend to peg on ourselves.

It’s really about the confidence we exude, and whether or not we actually appear to believe in what we are doing!

If you want to learn how to prospect, then hopefully you watched this video first to really get the best example possible! Like I said, it’s about the confidence you exude.

The story I use is about walking into a store where I spot two salespeople, and I ask them which of them is better at sales. What a way to break the ice, right?

Immediately, they start joking around telling me which one of them is better. How powerful is it though to enter in with a leading question like that? Very!

Secondly, it all goes back to asking them if they keep their options open, and asking them that if it doesn’t interfere with what they are doing now, then why not give it a shot?

When you leave it as open, casual conversation, you NEVER need to mention the company, and you don’t have to pressure them to sign or commit to anything.

Just get their information and a time when you can get back with them with more information. Make it personal!

When I was learning how to prospect, I discovered that there was a lot of power in getting straight to the point. When approaching people simply avoid:

If these are things to avoid, what do you say to keep them hungry for more information? 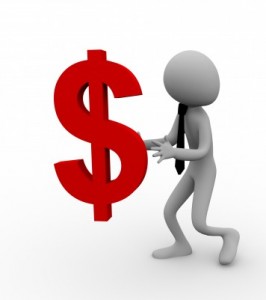 How to Prospect with the Right Phrases!

Now that you have read what I’ve listed above, that you should absolutely avoid, what should you say to keep them interested and hungry for more information?

Learning how to prospect is much easier now than what you thought right? I bet you just got surprised!

Remember, turning it into what seems more like audition is more appealing than harassing friends and family, and chasing people down. Wouldn’t you prefer for them to chase you instead?

How to set appointments with posture. Scriptbook included!

How to set appointments with posture. Scriptbook included!

How to build a successful network marketing business.

How to build a successful network marketing business.

Live Prospecting Footage! How to prospect sharp waiters and write off your meals.

Live Prospecting Footage! How to prospect sharp waiters and write off your meals.