How to be a stronger closer… “A mental tweak”

“If you wanna be a stronger closer, be a faster buyer”. Sounds weird, but hang on and read this entire post and you’ll understand where I’m coming from. This is pretty deep stuff, but you’ll get it and you’re gonna love it.

You see, one of our biggest core needs is the need to be consistent and act congruently with how we view ourselves… aka to not be a hypocrite.

Let me give you an example…

If you’re the type of person who asks a million questions and takes forever to make decisions, then when someone you’re trying to sell does the same to you, even though you don’t want them to and you want them to buy on the spot, deep down you’re going to understand where they’re coming from because you’re the same way.

Therefore you’re going to subconsciously empathize with them and not be fully convinced that there’s nothing to think about and that they should buy immediately.

I mean after-all, that little voice inside your head is whispering to you…

“Hey it’s okay, this is kind of a big decision and let’s be honest, if roles we reversed, you’d probably want the time to think about it too before buying or joining”.

So, because of the need to not be a hypocrite and to act consistently with your beliefs, you won’t have the passion or ability to dig deep, overcome their objections, and ask for the order and close with confidence.

On the contrast, if you’re the type that tends to make decisions quickly and tends to buy things immediately then when others you’re trying to sell try to over-think things and stall on the decision making process your inner voice will say to yourself…

“Dude this prospect is being ridiculous, you’ve bought 100 things more expensive and less significant than this without needing half the research this person is claiming they need. So there’s something you’re missing here, don’t give up just yet, keep digging and keep trying because clearly this decision is a no-brainer and if they’re not seeing that, you must be just missing communicating something to them so they can see what you see and do what you’d do if roles were reversed.”

Do you see the difference?

When you’re they type of person that makes decisions quickly and buys immediately you’ll find that you’ll always have the 100% belief and conviction you need to re-frame your skeptical prospects into realizing they’re probably over-thinking things because you genuinely believe at your core that what they want to think about is ridiculous and unnecessary.

So what’s the lesson here?

If you wanna close people quicker and on the spot, get better at making quicker decisions and buying on the spot yourself. Probably, not what you were expecting to hear, but wait it gets better.

Let me show you yet another reason why this makes sense and share with you a personal example of how shifting my own personal buying behavior helped turn me into a much stronger closer.

You see each time you buy something immediately, you create a story you can share that will help put in perspective of how little of a buying decision your prospect is making in comparison to something you’ve bought in the past.

Personally, I bought my house the first time I saw it and my car the same day I met with the salesman who sold me it. Why? Because in both situations I gathered enough information to make a decision… and didn’t wanna be a hypocrite.

Let’s take my car for example. Why did I flex all my persuasion skills on my girlfriend to let her allow me to buy the car I wanted from our salesman Brian the same day I met with him?

Because doing so gave me a very REAL story to share the next time someone wants to give me a lame “think about it” excuse about buying something under $40k, which is how much I spent on my car.

Here’s how I use that story. When someone gets all analytical on me or says to me something like…

“Cesar, you couldn’t possibly expect me to make a decision on something like this without thinking about it.”

“Dude, you can take as much time as you want, but all I know is I dropped $40k on a BMW I didn’t even really need the day I saw it because of a handful of facts: It drove incredibly, looked sexy, let smoke past slow-ass drivers with authority, and I was getting a half-way decent deal.

Sure I coulda spent weeks researching and negotiating to make sure I was getting a better deal, but time is money and my time is valuable. Besides what if I couldn’t get a better deal then the car on the lot and by the time I realized that is was a great deal that car was scooped up from under me while I was stalling?… That woulda sucked pretty bad right?

So here’s the bottom line Mr. Prospect, most people that look at buying or joining (insert what you’re selling), in comparison to some of other more expensive things they’ve bought in the past, realize that it’s not that big of a deal and that all they really care about is (insert your bottom line biggest benefits and their hot buttons).” 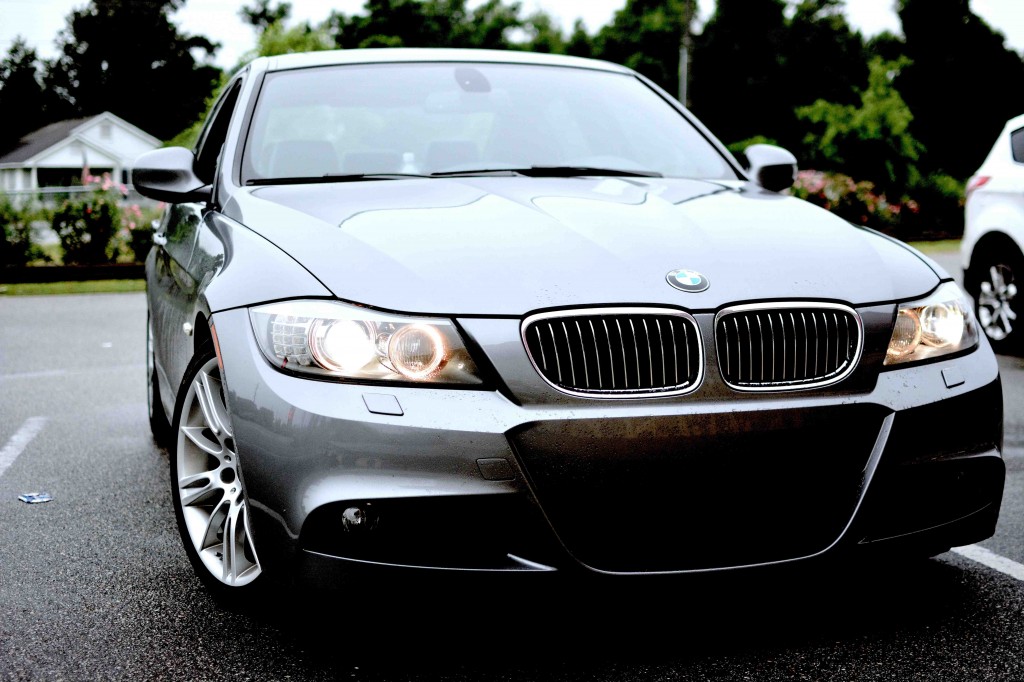 (By the way on a side tangent, this is a pic of the actual car I bought the same day I met with my salesman Brian. Can you see why other than feeling the need to stay congruent with making the immediate buying decisions I expect others to make with me, why I bought it on sight and didn’t want to risk waiting and potentially, letting someone else snatch it up from under me. LoL!)

Now before some of you super analytical types or extremists decide to comment below to contradict what I’m saying and to bring extra relevance to the value of taking your time to weigh pro’s and con’s and take a million years to make decisions, understand that I’m not advocating making uneducated or reckless decisions.

And number two, if you’d be interested in removing an unconscious mental block that you probably didn’t realize you had until now, you may wanna consider getting off the fence and pulling the trigger on buying something you’ve been procrastinating on.

That way you can speak with conviction rather than hypocrisy the next time you ask someone to make an immediate YES buying decision. =)

If this advice was over your head, too deep, and not what you were hoping to hear… I’m sorry.

Perhaps you were hoping for some magic bullet closing line instead. If so, here’s what I have to say to that…

I don’t know a much about a lot of things, but I do understand psychology at some it’s deepest levels, (especially when it comes to sales psychology and buying behavior) and I’m pretty good at seeing and removing the mental blocks people have that they didn’t even realize they had.

And what I just covered in this post tends to be one of those unconscious mental blocks I see holding back sales people all the time.

It always makes me laugh whenever I hear sales people who are struggling with closing say to other sales people in buying situations stuff like “I wanna think about it, do more research, or let me talk it over with my spouse”.

I typically grin and say to myself “And they wonder where their prospects get it from… karma is a certainly a biiotch.”  LoL! =)

Now if you happen to already be an immediate yes buying stud or studette, then good for you. I’m proud of you!

But if you’re not, you can change that starting today. And if you know someone in sales who isn’t, you may wanna share this post with them so they aren’t one of the ones out there expecting people to buy immediately, but living hypocritical and not doing so themselves. 🙂

P.S. If you wanna get better at helping your prospects to make Immediate YES buying decisions while eliminating every objection they could ever possibly think of before they come up, feel free to Click here to learn more about my Immediate YES Formula closing course / virtual coaching program.